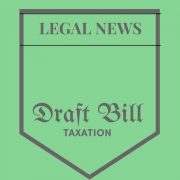 According to a new draft bill the Romanian Ministry of Finance wants to eliminate the dividend tax starting with 01.01.2018.

The draft bill provides that „the dividend payers have the obligation to fill in and submit the informative statement for each beneficiary of the income to the competent fiscal body until the last day of February of the current year for the income distributed in the expired year.”

This measure is not approved by most of the economic analysts. They are afraid that the experienced entrepreneurs will prefer to pay dividends at the expense of capitalization, to take advantage of tax cuts.

The NRB Governor, Mugur Isărescu declared in the media that has the same opinion. He declared that elimination of dividend tax could lead to under capitalized companies. Also, he said that if the entrepreneurs choose this path, next time they will not have capital from which to collect dividends.

We will all see if such draft bill will be adopted and if its effects will be the ones foretold.