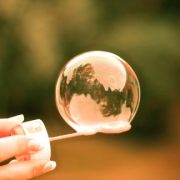 We talked about the prevention law previously here, but in the meantime the things have changed a little bit.

The law has been approved in December 2017, but without stating the list of the contraventions to which it applies. The lawmakers transferred to the governors the task of making this list through a Government Decision.

Yesterday the Government Decision with the list of contraventions was published in the Official Gazette. The Decision also shows the draft of the redressing plan that the authorities will apply to the legal entities.

The provisions of the Prevention Law will apply to situations covered by the legislation in areas such as: fiscal, accounting, labor, electronic commerce, construction works, public administration, copyright, tourism, health, insolvency, consumer’s protection.

As examples, the law applies for the following deeds:

With regard to the redressing plan, it will be attached to the minutes of contravention and will state the deed, the redressing measures and the deadline for each of them.